Run any iOS Apps in the Xcode Simulator

I wrote a tool to patch a macho file from iOS platform to Simulator platform.

Next I will talk about how to find the patch points.

Drag the decrypted iOS App into the iOS Simulator, and click to launch.

I got the crash :

Question: How does the OS distinguish the arm64 machos from different platforms ?

I found the answer from the dyld source code 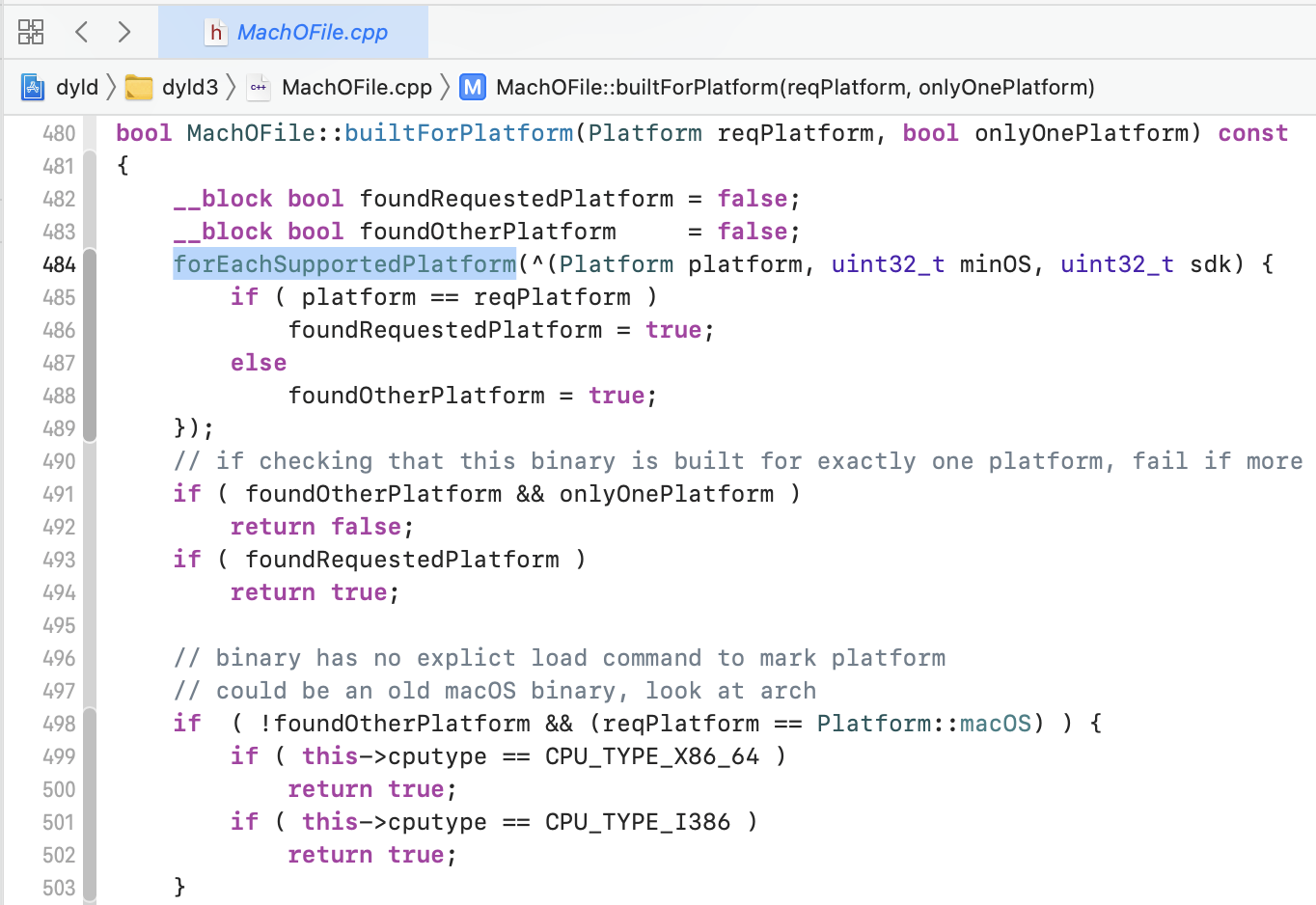 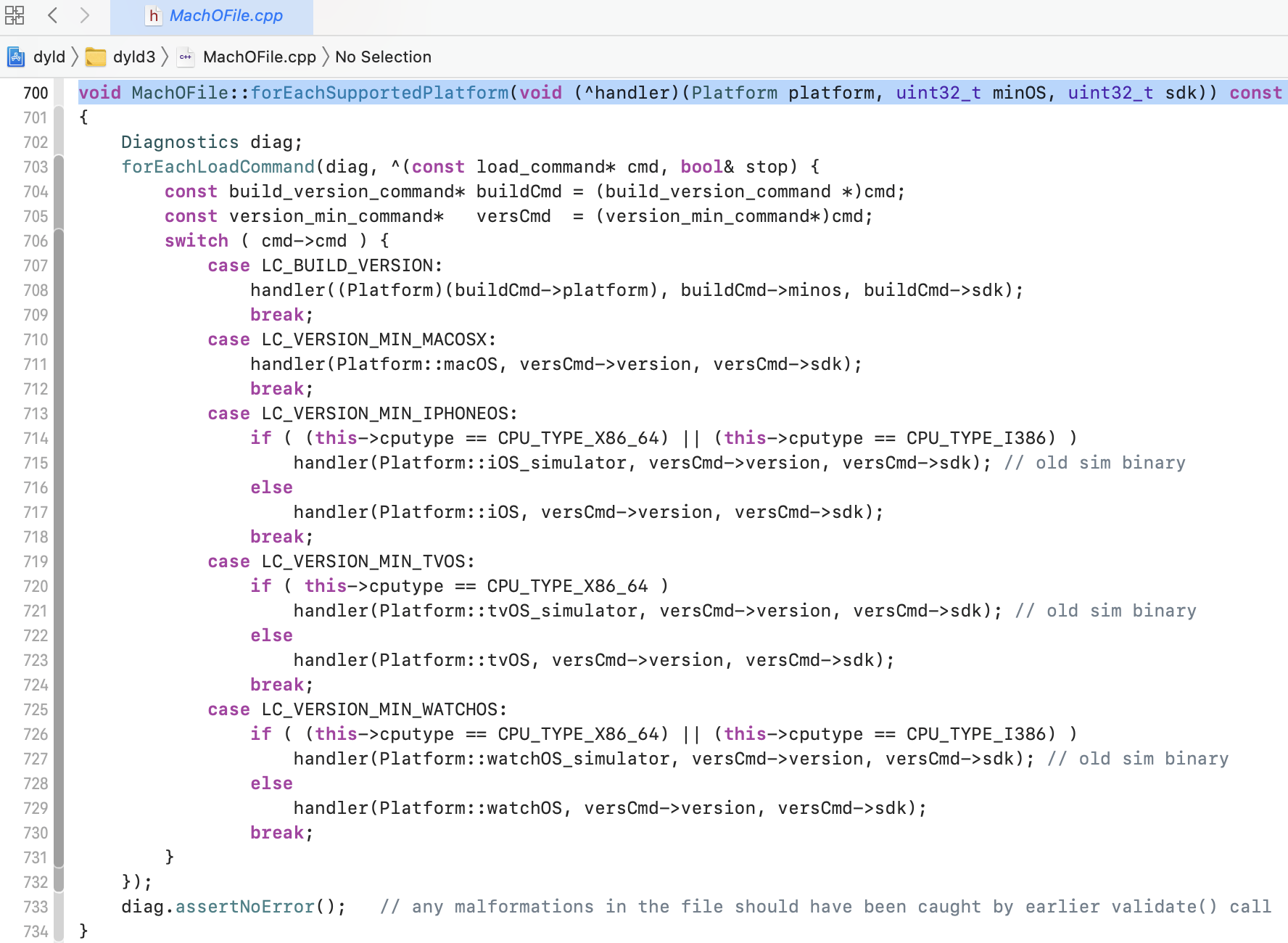 We can see there are at least 2 kinds of load commands that can be used to mark platform:

From my test, I can directly launch the iOS App from the Simulator after the patch, if SIP is disabled. And I have to re-sign it with ad-hoc (free developer) if SIP is enabled.

Through the effort before, I can launch the iOS App from Xcode Simulator successfully.

But there are some known issues for some specific Apps:

I have tried to patch to PLATFORM_MACOS directly:

Next are the test results for arm64 macho loading :