Last year, I used the BinDiff plugin normally inside the IDA Pro, but I got a crash due to the plugin issue. Then a dialog prompted and I choosed to Let IDA Continue, then I got another weird crash. Yes, 2 different issues from BinDiff plugin & IDA Pro, just triggered by a bindiff file. Driven by my curiosity, I tried to find the root cause and got this CVE here : 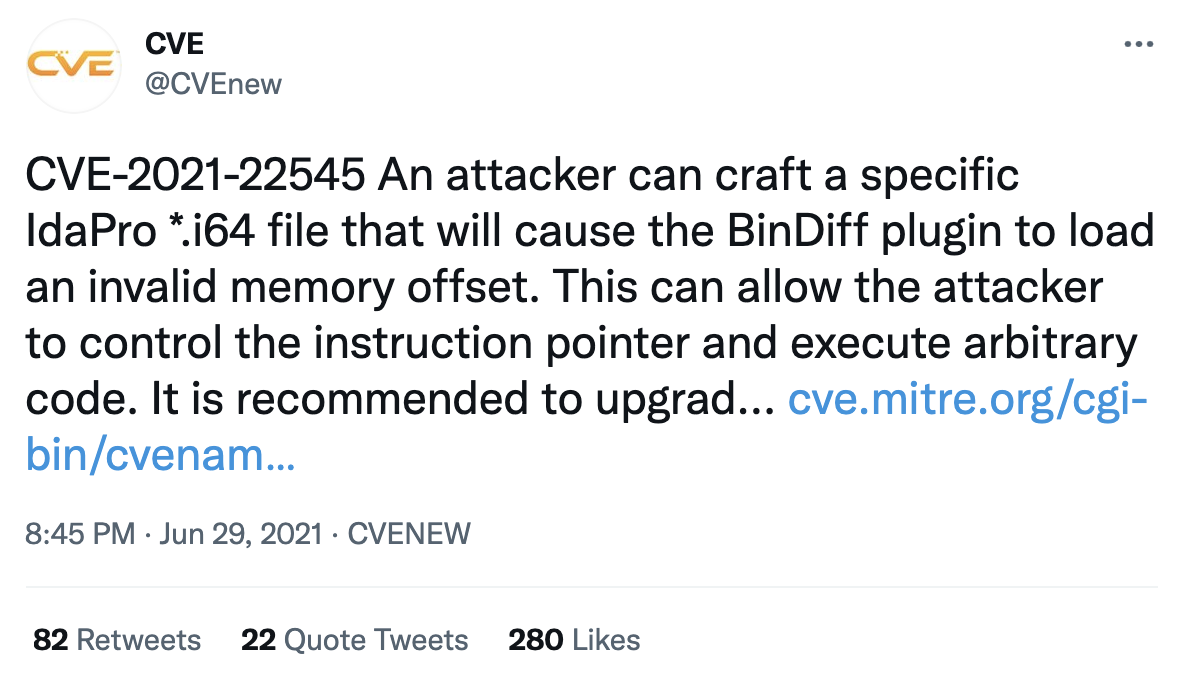 And the acknowledgment from BinDiff release notes :

Open one i64 file with the IDA7.5 (tested with sp3), then press ctrl+6 to open the bindiff plugin, then click the Load Results button and select the bindiff file which leads to crash. Then a dialog prompts:

The crash point is at line 1421 of the function security::bindiff::Results::Count(): 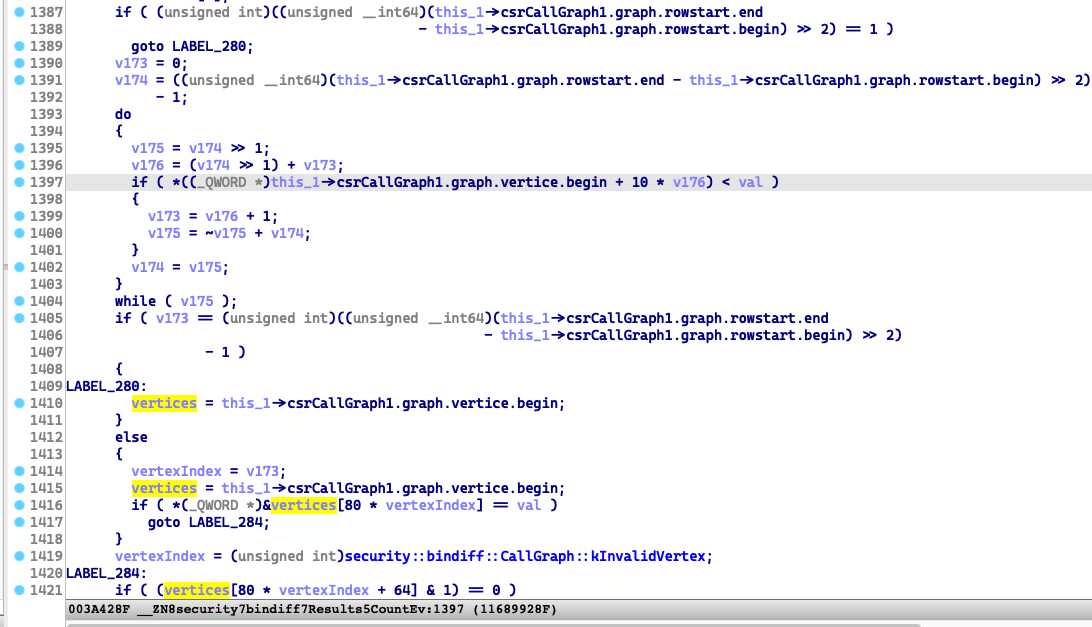 0x7FFFFFFF*80=0x27ffffffb0=rax is the invalid offset, which results to the OOB Read.

Actually, the hardcoded offset seems hard to exploit, but the size of the overflowed buffer is an attacker controllable variable. And this could make the issue exploitable.

The type of the overflowed buffer vertices is std::vector<security::bindiff::CallGraph::VertexInfo>, and here is the constructor function:

Through debugging, I found the size is 0x468 in this case. It is the number of the vertices, fetched from a BinExport file:

Do the same operations as described before, and when it prompts, choose the button Just continue. Then we will get another weird crash :

The RIP register value indicated that it was trying to execute code on the stack, and then crashed because the stack is not executable.

I am familiar with the exception dispatching flow for the SEH on the Windows system.

Before the exception handler getting executed, it is our duty to to tell the system how to destruct and free our stack objects correctly during the exception stack unwinding.

Now in the macOS system, signal handler functions may not help us do this operation. If we want to continue the execution after handling the exception, I think we have to do it manually. Otherwise, the UAF on the stack issue may happen.